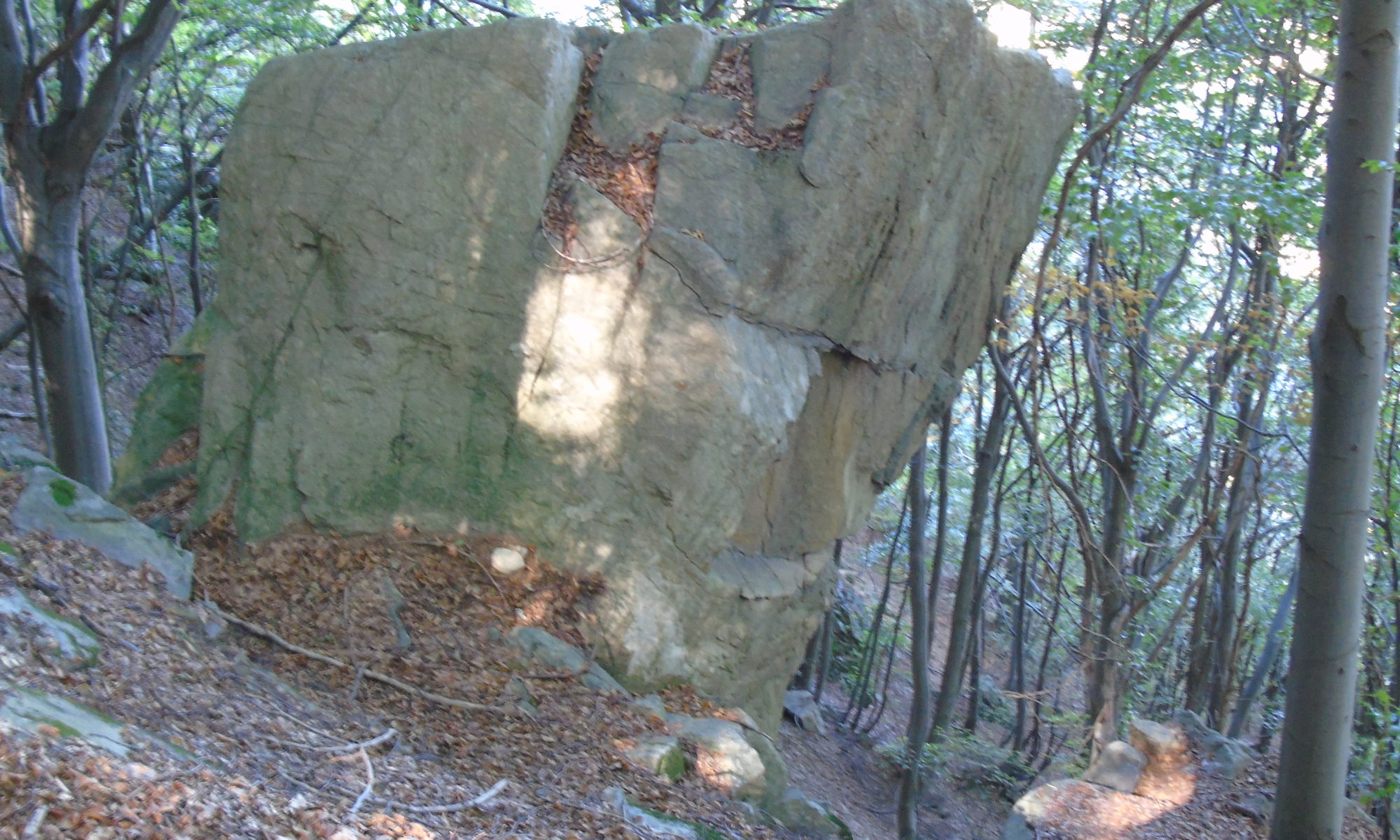 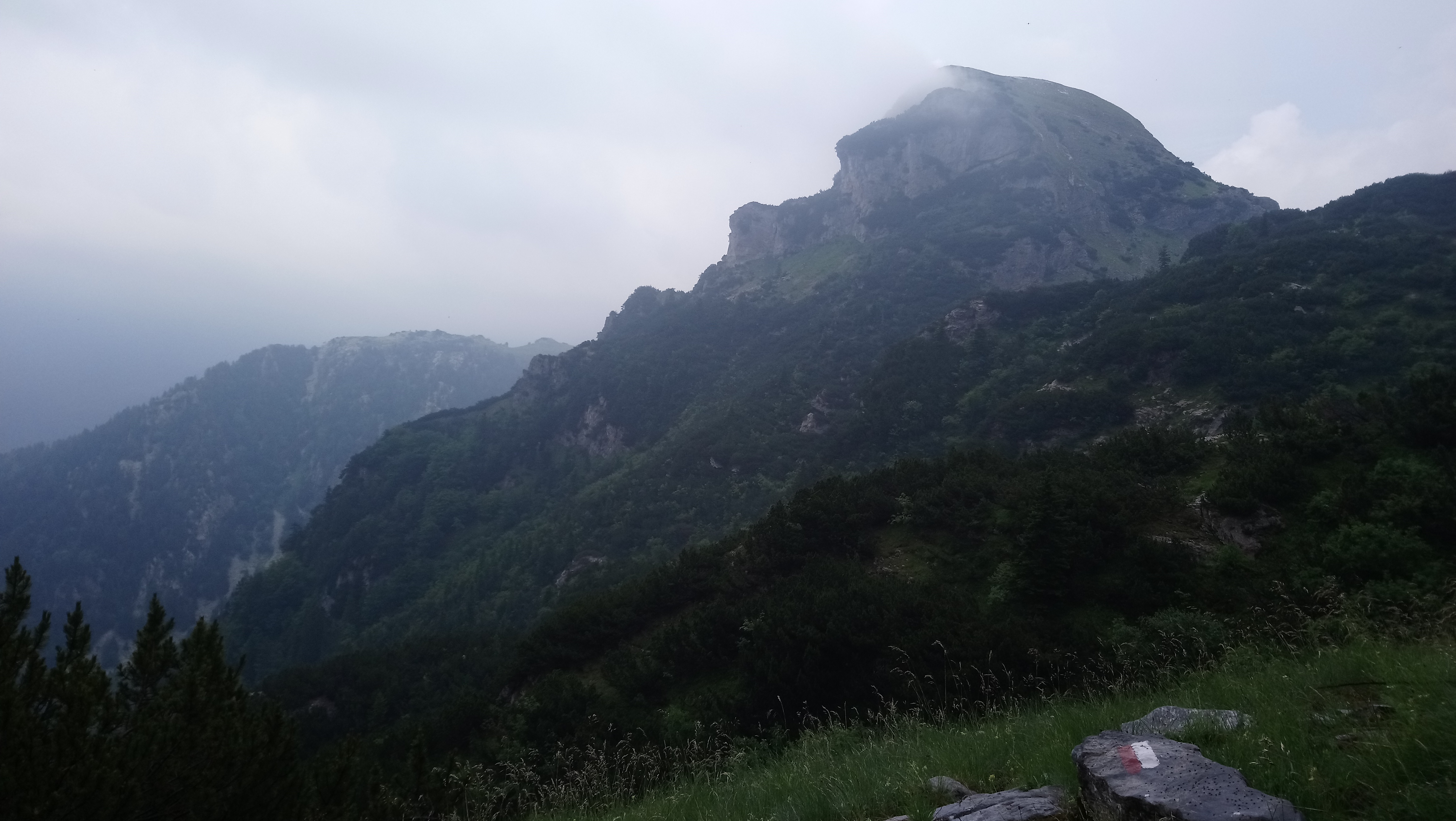 9. The left part and the top of the mountain resemble to the profile of a face and a head. The photo has been taken by a small shelter under a rock because of a brief storm. The name of this mountain is Head of Murtel (2066 meters above the sea level). I took the photo about 1900 metres above the sea level. 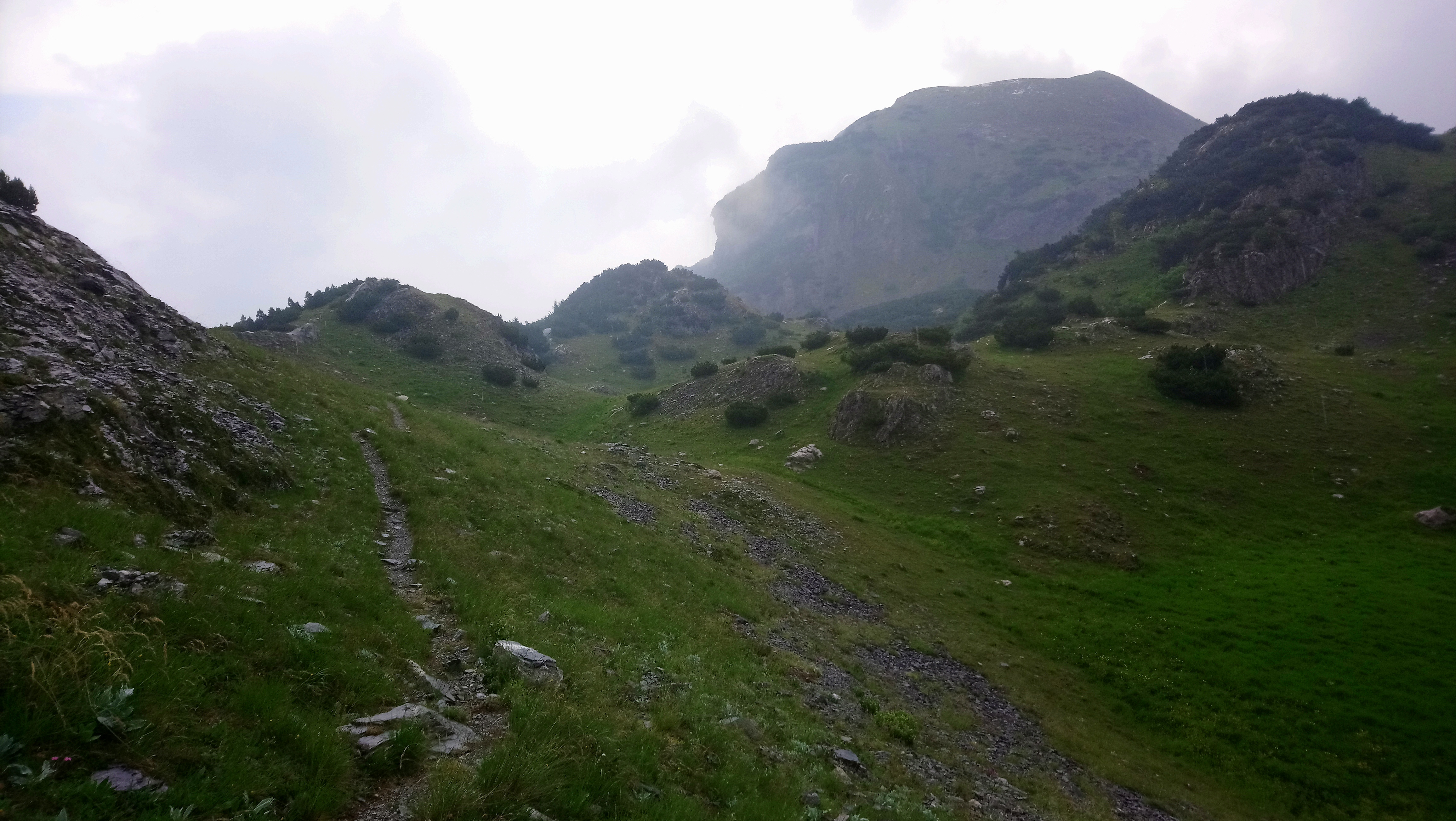 10. It is the same mountain of photo 9 from anothe angle of view, after the rain stopped. The resemblance with an head is still possible. In the left side of the photo some smooth stone are bright because smooth and wet, they are aligned in the direction of the head of the mountain. About 1950 meters above the sea level. 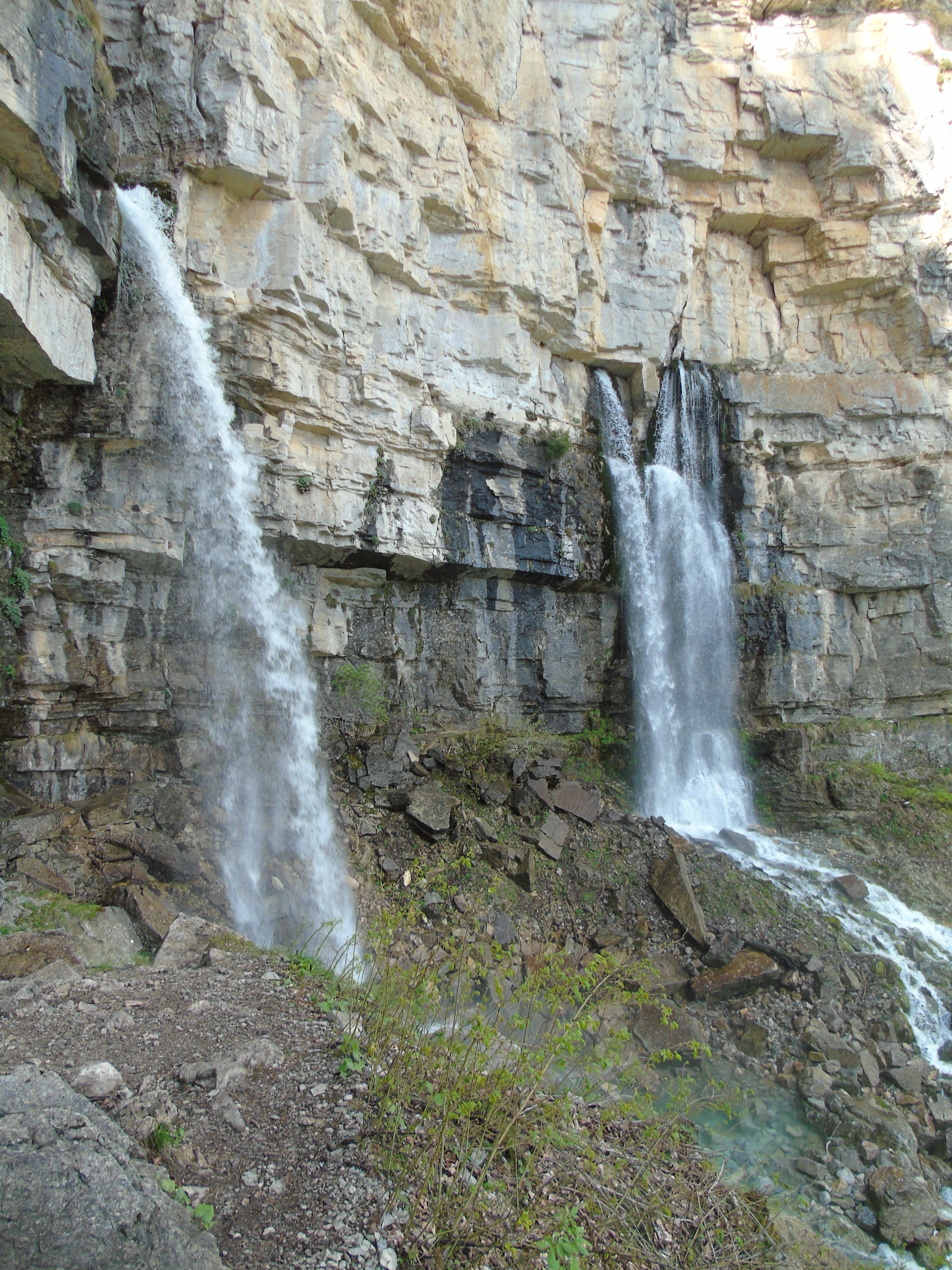 10a. Below and not far from this mountain one of the springs of the river of the valley (called pis of the Pesio river) directly gushes out with throws of water from the rocky wall (1428 metres above sea level). So the place of photo 9 and 10 seems perfect to think about the myths: the sky, the drops from the sky, the top and the head of the mountain, this river, a lot of water, a great forest and below in the valley a small lowland, a place called lowland of the gorre. 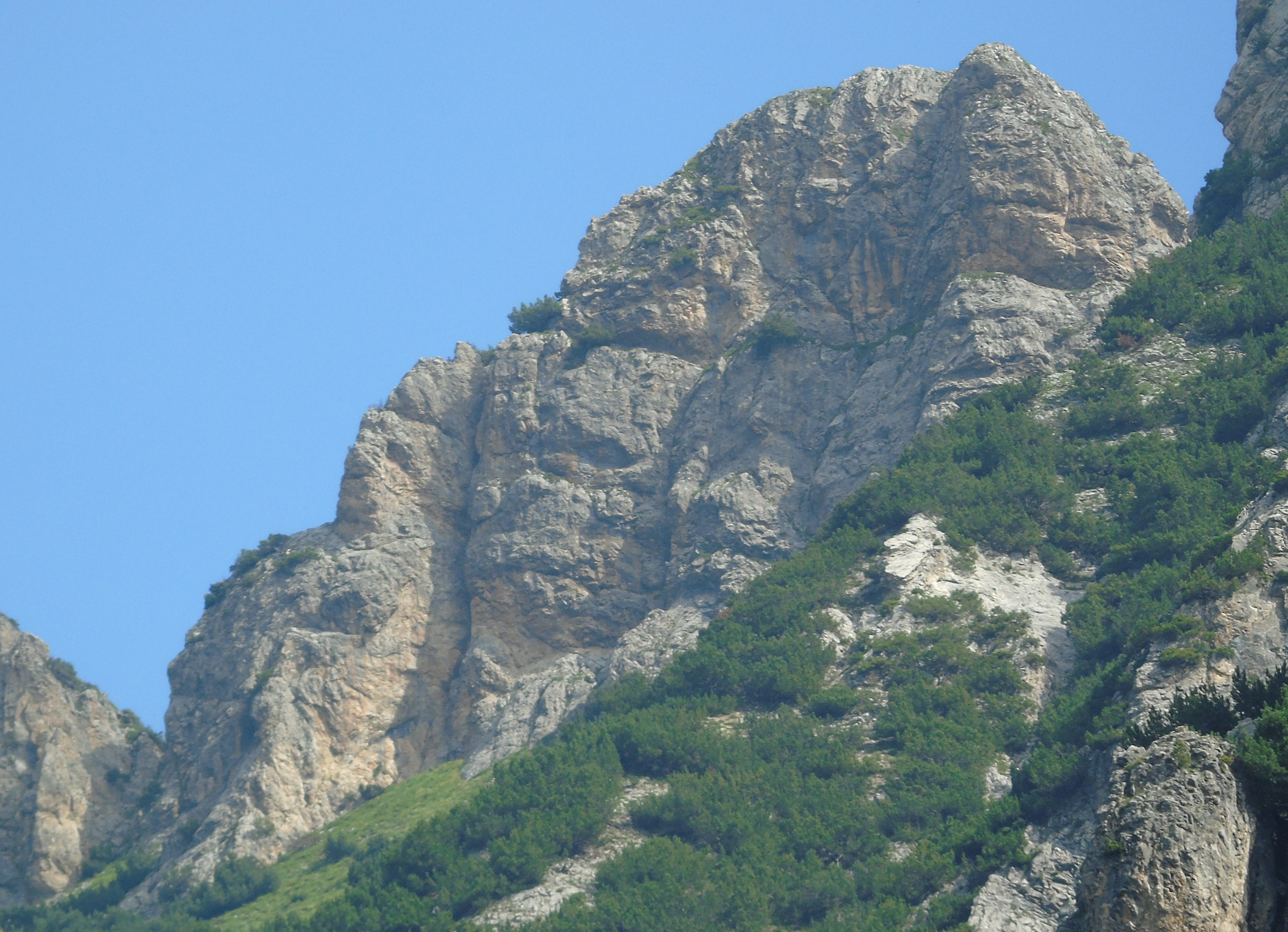 11. This is a wall of a peak with a group of images. On the left of the photo there is an anthropomorphic statue with an head, a delineated body in comparison of the wall, the body has a large abdomen and seems to be sat. On the right of this statue there are some heads. The head next to the statue is well recognizable. The other heads to the right are mostly in profile. On the right side it is possible to see two heads one inside the other. It is a composition of images. About 2700 meters above sea level, Gesso valley. 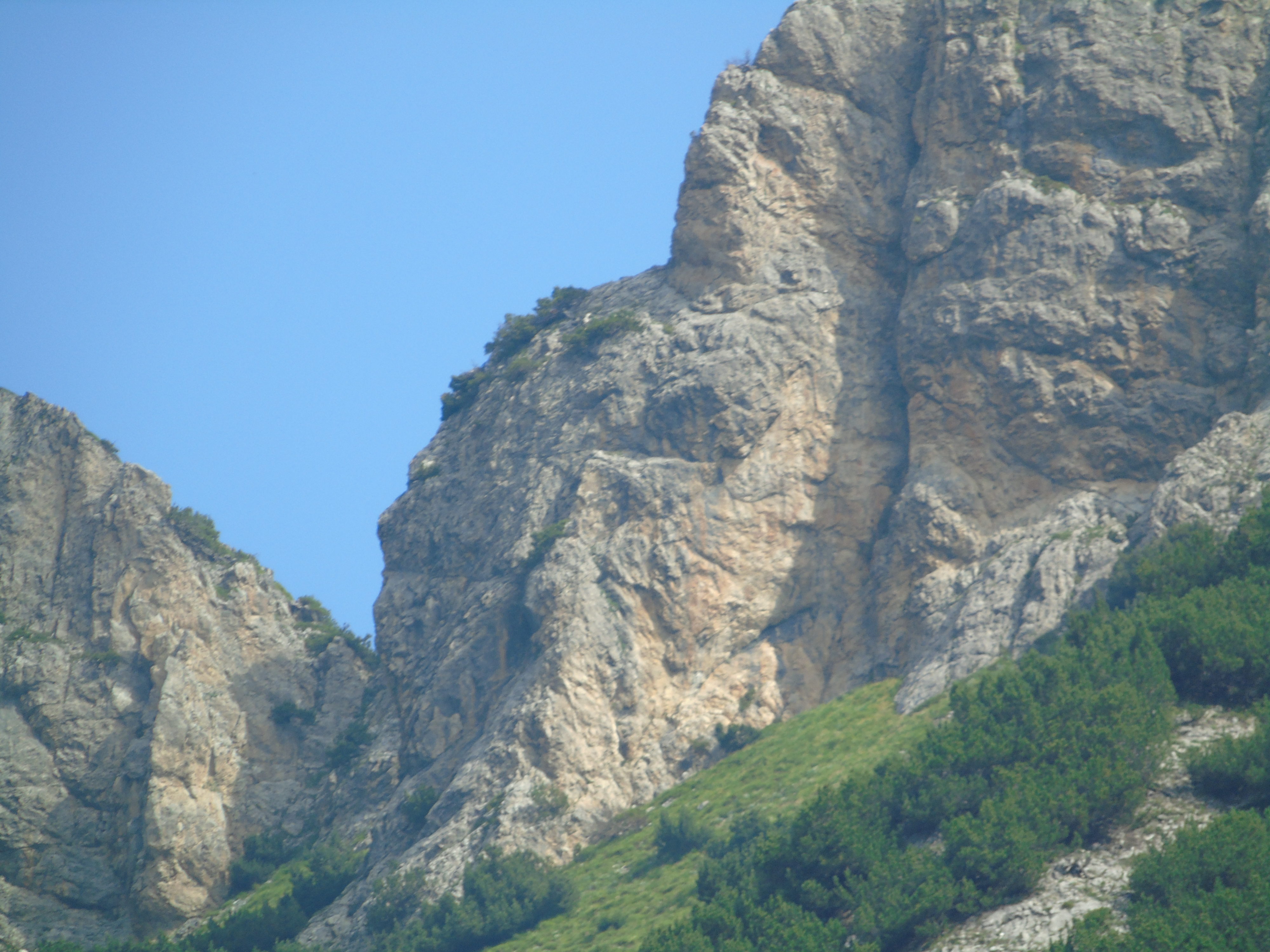 11a. Particular of the statue. He or more probably she. The image is made by rock but also it seems to emerge from the rock or have some kind of relationship to the rock. 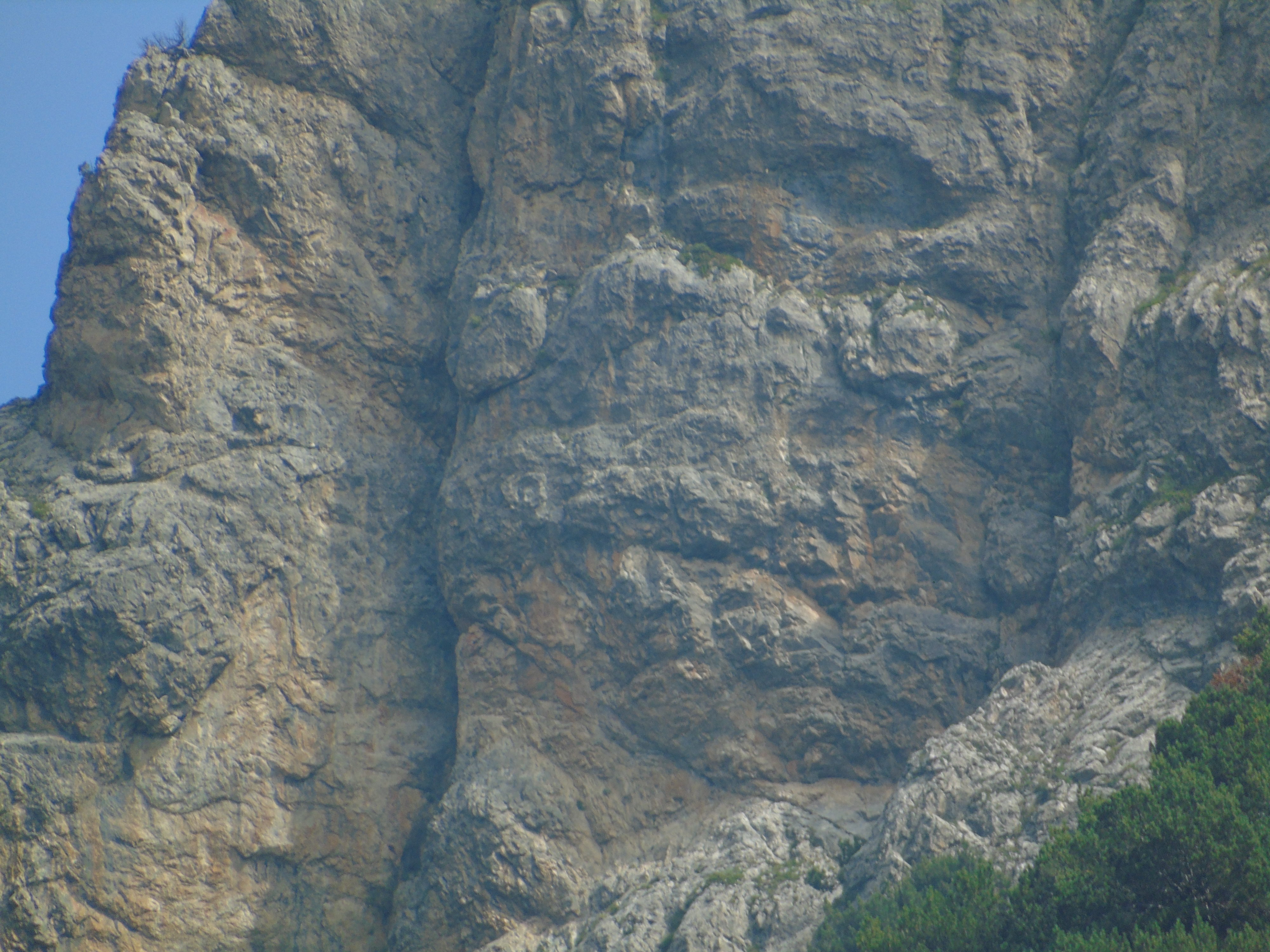 11b. Particular of the statue and of the near head . 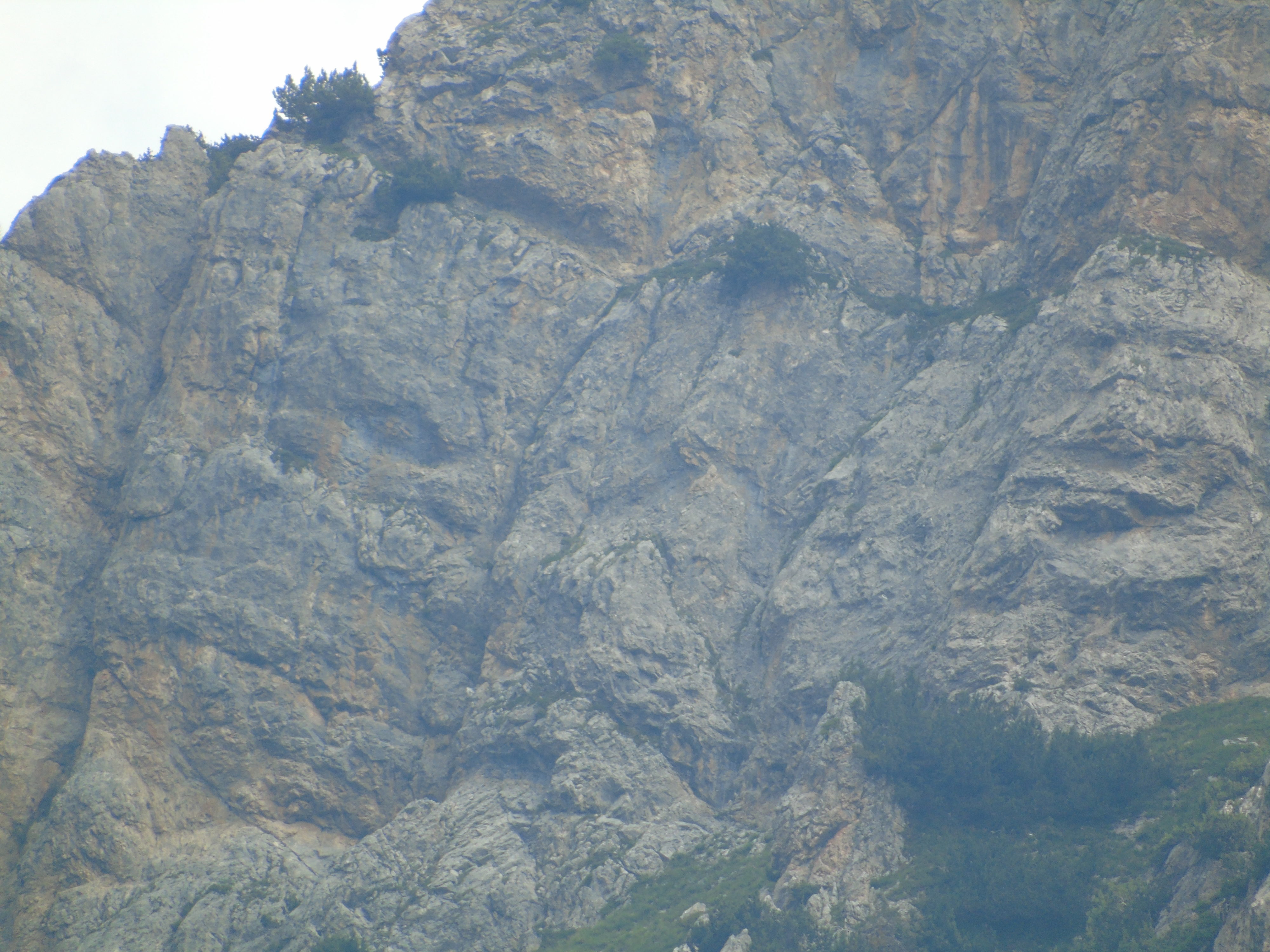 11c. Particular of the heads.